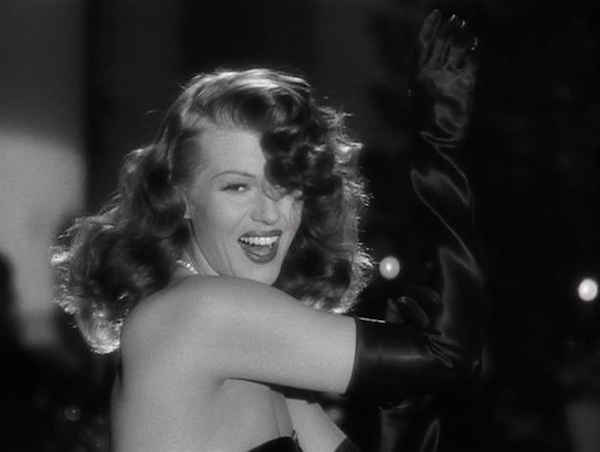 Glad to be back…I’ve been really busy, playing, running around, taking care of Herself, eating and sleeping…you know, just plain busy. (Also, I couldn’t remember my password to get into my blog…it was so ‘secret’, that it was a secret from me.)

But I now have time to tell you about the Jo Eisinger Film Festival held in a positively, fabulously beautiful Barn in Bucks County, Pennsylvania. (I did tell you in one of my earlier posts that I came into this world in Pennsylvania, didn’t I?)

First of all, this was the first time I was ever invited to a Film Festival. Eat your heart out Robert Redford, you weren’t invited or you neither, Robert DeNiro. Jo Eisinger was a brilliant screenwriter and Herself’s older cousin … so that makes him mine too. He wrote the words on the Screen to Gilda…WOW! Rita Hayworth was sooooo beautiful. I loved the way she tossed her hair in that sexy dance she did … as she sung “Put the Blame on Mame, Boys”.

You know, I can move my hair like Rita, too. Her hair was red and mine, white. You should see me as I run down the hallway…it flies all around The jury is still out as to whether I am considered a sexy Maltese … or just plain adorable. Just between you and me, I’m adorably sexy.  Anyway, in the film, Gilda loved Glenn really bad, and he pretended he hated her. Sparks flew. That was so great. I sat on Herself’s lap surrounded by all the other invited guests (more later about them) and loved every moment of it. “Put the blame on Mystical, Boys”. I watch it over and over.  She tosses her hair like I do.

Anyway, Jo also did a lot of what they call, Film Noir films. Herself explained that those are films that are in Black and White…no color and sort of gritty. (That’s my new word of the day…gritty. Isn’t that a terrific word?). This is gritty. That’s gritty.

I’ll finish my “review” on the JE Film Festival in another posting.

Meanwhile, I’ll wait for you by the door. Hurry the show is about to begin.